Have you wondered where the unusual name “Tarzana” comes from?  Well, it came directly from Tarzan, King of the Jungle, the immortal character created by Edgar Rice Burroughs.  Burroughs took much of the money he made from his wildly successful series of Tarzan books (24 in all) and in 1919 bought a 550 acre section of land from L. A. Times founder and publisher General Harrison Gray Otis.  He then named his new holding Tarzana Ranch, after his own famous action hero.  The citizens of the community that sprung up around the ranch voted to adopt the name "Tarzana" when their town was incorporated in 1928.

In the late 1800’s General Otis had built a rustic country house on his San Fernando Valley property out of logs and stones.  He called this structure Coonskin Cabin, and it was primarily used for entertaining his male friends and as a hunting lodge.  There were no buildings of any kind within a mile of it until Edgar Rice Burroughs built his own house nearby in the 1920’s.  A one lane dirt road ran from Ventura Boulevard to the Otis Coonskin Cabin.  The road, still there today, is eight blocks long, and now called Otis Drive.

In 1922, Charles L. Daniels purchased a 320 acre tract of land on Reseda Boulevard between the Southern Pacific railroad tracks and Ventura Boulevard, bordering Tarzana Ranch. Here he founded a town, Runnymede.  The Runnymede Poultry and Berry Association, a forerunner of the Tarzana Chamber of Commerce, was formed in 1923.

Originally, Tarzana was part of the San Fernando Mission, which was established in 1797 by Spanish settlers and missionaries. Modern day Tarzana is a vibrant community filled with businesses along Ventura Boulevard, and charming residences along the North and South streets.  Tarzana contains two country clubs with golf courses - El Caballero Country Club and Braemar Country Club. There are also a number of gated communities, including Mulholland Park and Braemar Estates. Tarzana is well-known for its many restaurants, delicatessens, booksellers, and language training institutes. The street boundaries of Tarzana are Victory Boulevard to the North, Corbin Avenue to the West, Mulholland Drive to the South, and Lindley Avenue to the East.  South of Ventura Boulevard Corbin dead ends at the Bothwell Ranch.  There, the boundaries becomes Bothwell Road to the West and Lindley Avenue to the East, both streets named after Lindley Bothwell, who once owned a large Tarzana orange grove that was later subdivided into luxury homes.

More info, go to www.theatreofwill.org/press and click on King of the Jungle. 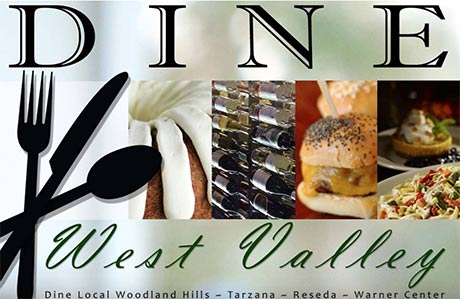